3D
Scan The World
3,082 views 195 downloads
3 collections
Community Prints Add your picture
Be the first to share a picture of this printed object
0 comments

The manufacture nationale de Sèvres is one of the principal European porcelain manufacturies. It is located in Sèvres, Hauts-de-Seine, France.

The manufactury was continuously part of the political order, first royal, then imperial and finally national. Continuously in operation, the manufactury has been creating objects since 1740. Its production is still largely based around the creation of contemporary objects today. It became part of the Cité de la céramique with the Musée national de Céramique-Sèvres in 2010 and since 2012 with the Musée national Adrien Dubouché in Limoges. 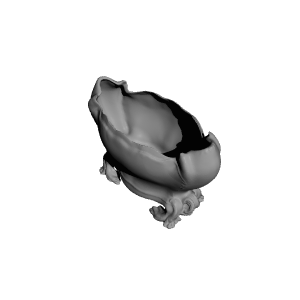