3D
Scan The World
2,280 views 88 downloads
Community Prints Add your picture
Be the first to share a picture of this printed object
0 comments

Vasile Lucaciu (January 21, 1852, Apa, Szatmár – November 29, 1922, Satu Mare) was a Romanian Greek-Catholic priest and an advocate of equal rights with the Hungarians in Transylvania.

He was a member of the National Romanian Party and a co-author of the Transylvanian Memorandum (1892). As a consequence, Vasile Lucaciu was tried for "homeland betrayal" in Kolozsvár/Cluj in May 1894 and sentenced to five years in prison. However he was released after one year.

In 1905 he was elected deputy for the Belényes/Beiuş constituency in the Hungarian Parliament.

In March 1917, Vasile Lucaciu was a member of a group of exiled Romanian Habsburg subjects who were sent as a delegation to the United States to campaign for Romania's cause.

Nice print that needs some supports. 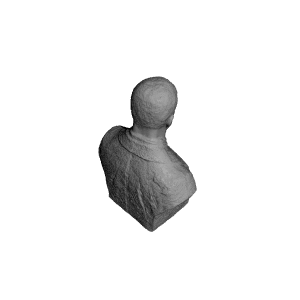 ×
0 collections where you can find Vasile Lucaciu in Alba Iulia, Romania by apllana