3D
Scan The World
2,759 views 214 downloads
Community Prints Add your picture
Be the first to share a picture of this printed object
0 comments

In Greek mythology, Aphrodite was the goddess of love (equivalent to the Roman Venus, Egyptian Goddess Isis, the Phoenician Astarte and the Babylonian Ishtar).

She is known as the Daughter of Heaven and Sea, the child of Uranus and Gaia.

Her story tells of fertility, love and pleasure.

Venus is the goddess of Love and Beauty. She along with her son Cupid (Eros) became a metaphor for sexual love.

Venus represents the feminine aspect in all of us. She is the creational Earth Mother.

Often seen as the bright, silvery morning or evening star, and is the brightest object in the sky after the sun and the moon.

She is said to be either a daughter of Zeus or to have sprung from the foam of the sea. 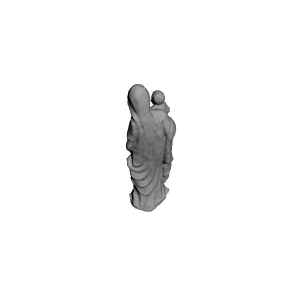