3D
360°
Featured Scan The World
7,348 views 1,141 downloads
5 collections
Community Prints Add your picture
Be the first to share a picture of this printed object
0 comments

This marble group portraying Venus and Cupid embracing in a kiss is an unusually intimate depiction of the love between mother and son. As often seen in imagery of the two gods of love, Cupid is a young winged boy, closely clinging to his mother. The moment is sculpted with delicacy and thought for composition, as the two characters are gently intertwined - a proof of the Göthe's training under Antonio Canova. 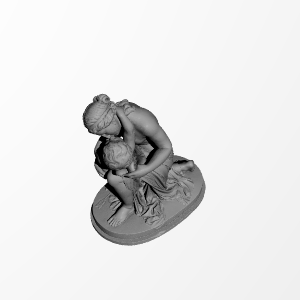 ×
5 collections where you can find Venus and Cupid by nationalmuseumswe