Venus Genetrix at The Louvre, Paris

3D
Scan The World
3,464 views 260 downloads
Community Prints Add your picture
Be the first to share a picture of this printed object
0 comments

Venus Genetrix at The Louvre, Paris

Two types, represented in many Roman examples in marble, bronze, and terra cotta, contend among scholars for identification as representing the type of this drapedVenus Genetrix. Besides the type described further below, is another, in which Venus carries an infant Eros on her shoulder. 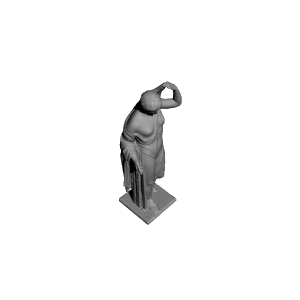 ×
0 collections where you can find Venus Genetrix at The Louvre, Paris by Scan The World