Venus Rising from the Waves

3D
360°
Featured Scan The World
6,141 views 1,287 downloads
15 collections
Community Prints Add your picture
Be the first to share a picture of this printed object
0 comments

Venus Rising from the Waves

When Sergel portrays the love goddess Venus emerging from the sea he makes no attempt to cover her. Instead it is the gust of wind the guides her movement. Sergel based the work on the ancient Hellenistic Venus de’ Medici, which he had seen in Florence in 1773. This marble sculpture was commissioned by Duke Fredrik Adolf during his visit to Rome four years later, but Sergel only finished it in Stockholm in 1785. He retouched it 20 years later. 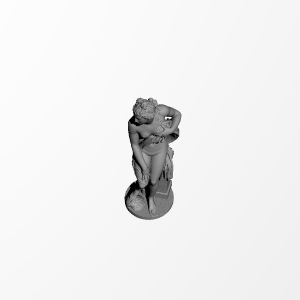