Venus teaching Cupid to use his bow at the Louvre, Paris, France

3D
Scan The World
4,658 views 583 downloads
2 collections
Community Prints Add your picture
Be the first to share a picture of this printed object
0 comments

Venus teaching Cupid to use his bow at the Louvre, Paris, France

This piece is in marble and by Louis Claude Vassé, who was a French sculptor. He was the son and grandson of sculptors and a pupil of Edmé Bouchardon. He won the Prix de Rome and later became a member of the Académie royale de peinture et de sculpture. Among his best known works is the tomb of Stanislas Leszczyński at Nancy in the Église Notre-Dame-de-Bon-Secours. 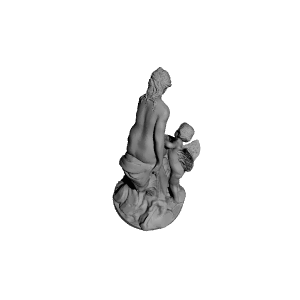 ×
2 collections where you can find Venus teaching Cupid to use his bow at the Louvre, Paris, France by Scan The World