3D
Featured Scan The World
2,439 views 84 downloads
Community Prints Add your picture
Be the first to share a picture of this printed object
0 comments

In Roman mythology, Venus was the goddess of love, sex, beauty, and fertility. She was the Roman counterpart to the Greek Aphrodite. However, Roman Venus had many abilities beyond the Greek Aphrodite; she was a goddess of victory, fertility, and even prostitution. According to Hesiod's Theogony, Aphrodite was born of the foam from the sea after Saturn (Greek Cronus) castrated his father Uranus (Ouranus) and his blood fell to the sea. This latter explanation appears to be more a popular theory due to the countless artworks depicting Venus rising from the sea in a clam. 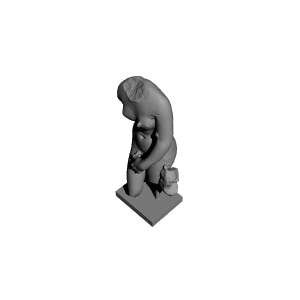