Verri at The Borghese Gardens, Rome

3D
Scan The World
2,633 views 115 downloads
Community Prints Add your picture
Be the first to share a picture of this printed object
0 comments

Verri at The Borghese Gardens, Rome

Verri studied in Monzi, Milan, Rome, and Parma, then served as a captain in the Austrian army during the Seven Years’ War. After his return to Milan, he became the moving spirit of the Società dei Pugni, a group of Milanese intellectuals influenced by the French Encyclopedists. From 1764 to 1766 he directed the society’s periodical, Il caffè (“The Coffeehouse”), with the collaboration of his brother, novelist Alessandro (1741–1816). Pietro Verri contributed at least 38 articles on literary subjects to Il caffè.

For much of his life he held important posts in the Milanese government, working for administrative reform and a revitalization of commerce. Two of his most important policy achievements were the abolition of “tax farming”—selling tax-collection franchises to private individuals—and reduction and simplification of tariffs. Among his important economic treatises are Riflessioni sulle leggi vincolanti (1769; “Reflections on the Banking Laws”) and Meditazioni sull’ economia politica (1771). His correspondence with Alessandro, Carteggio di Pietro e Alessandro Verri, 12 volumes (1910–42), provides a vibrant picture of Milanese life in their time. 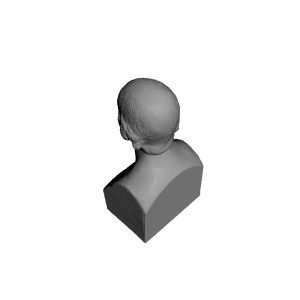 ×
0 collections where you can find Verri at The Borghese Gardens, Rome by Scan The World