Vespasian (9 – 79 AD) was Roman emperor from 69–79, he was  the fourth (and last) in the Year of the Four Emperors. He founded the Flavian dynasty that ruled the Empire for 27 years.

Vespasian was the first emperor who hailed from an equestrian family, and only rose into the senatorial rank as the first member of his family later in his lifetime. Vespasian's renown came from his military success, and later, during his reign, he reformed the financial system and initiated several large architectural projects, including the Roman Colosseum. 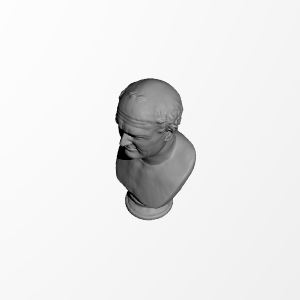 ×
2 collections where you can find Vespasian by Scan The World
×
John
@byteknight
1
Printed on: Anycubic Photon
Material: Resin
Posted at: 23rd September 2021

Two mini busts made, one for me and one for a buddy.