3D
Scan The World
2,711 views 167 downloads
2 collections
Community Prints Add your picture
Be the first to share a picture of this printed object
0 comments

These vessels, made in North China in the Eastern Han period, are of relatively soft pottery which is not dense, an covered with a lead glaze which is poisonous. They were therefore unsuitable for use and were made specifically for furnishing tombs. The iridescense of some green glazes is the result of burial.

The 6th century BC started the first day of 600 BC and ended the last day of 501 BC. This century represents the peak of a period in human history popularly known as Axial Age. This period saw the emergence of five major thought streams springing from five great thinkers in different parts of the world.Buddha and Mahavira in India, Zoroaster in Persia, Pythagoras in Greece and Confucius in China. Pāṇini, in India, composed a grammar for Sanskrit, in this century or slightly later. This is the oldest still known grammar of any language. In the Near East, the first half of this century was dominated by the Neo-Babylonian or Chaldean empire, which had risen to power late in the previous century after successfully rebelling against Assyrian rule. The Kingdom of Judah came to an end in 586 BC when Babylonian forces under Nebuchadnezzar II captured Jerusalem, and removed most of its population to their own lands. Babylonian rule was toppled however in the 540s, by Cyrus, who founded the Persian Empire in its place. The Persian Empire continued to expand and grew into the greatest empire the world had known at the time.

Printed by PRINT3Dforum.com Printing Services - Little support required, you could try with none. I tried with vase mode with no luck in a BQ Witbox. May be you have more luck. Feel free to share your settings if you do! 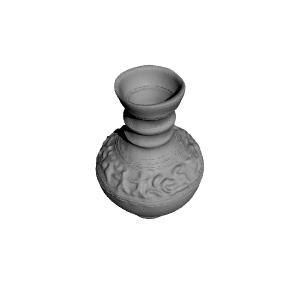 ×
2 collections where you can find Bronze ritual wine vessel at The British Museum, London by Scan The World