After Victor Hugo’s death in 1885, it was decided to erect a monument in his honour in the Panthéon as a pendant to Injalbert’s statue of Mirabeau. Rodin was awarded the commission in 1889. The sculptor chose to depict Victor Hugo in exile, seated amongst the rocks of Guernsey, his arm outstretched as if to calm the waves. It was an image both of the poet lost in contemplation and of the champion of the Republican cause. 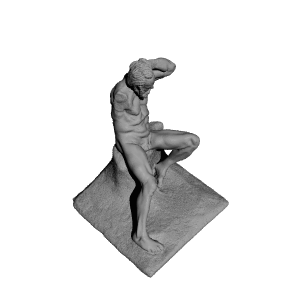