3D
Scan The World
4,754 views 246 downloads
3 collections
Community Prints Add your picture
Be the first to share a picture of this printed object
0 comments

This statue shows an athlete tying a ribbon around his head, signifying that he has just won a competition. Which event the youth won is unknown by athletic figures of this type were a common theme in Greek art. A victor statue by the sculptor Pheidas of a boy binding a ribbon around his head was dedicated at Olympia, according to ancient writers. This marble statue is thought to be a later Roman version of that original Greek bronze figure, now lost. The palm tree trunk was not part of the Greek bronze original, but palm fronds symbolised sporting victory. 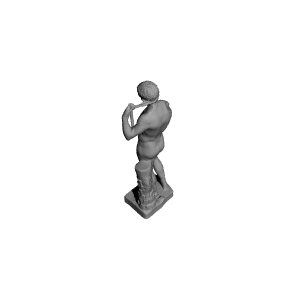 ×
3 collections where you can find Victorious Youth Athlete at The British Museum, London by Scan The World