3D
360°
Scan The World
1,927 views 260 downloads
Community Prints Add your picture
Be the first to share a picture of this printed object
0 comments

Viktor Rydberg came from a poor background, but succeeded in getting an education and made a career as a journalist. From the 1850s and until his death he was one of Sweden’s leading writers. Singoalla (1857) is a historical novel about forbidden love. Rydberg also wrote the poem Robin Goodfellow (1881), which begins with the line “Midwinter’s nightly frost is hard, brightly the stars are beaming”. 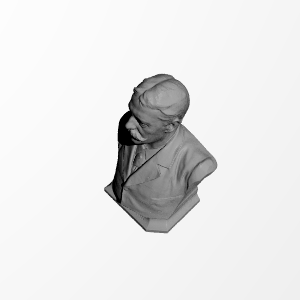 ×
0 collections where you can find Viktor Rydberg by nationalmuseumswe