3D
Scan The World
3,164 views 101 downloads
Community Prints Add your picture
Be the first to share a picture of this printed object
0 comments

In 2005, the composer Andrei Petrov took part in the action "Green wave", planted in the square on Kamennoostrovsky Prospekt, d. 32 Rowan. In 2006, on the initiative of the famous St. Petersburg musician, the leader of the group "SP Babai" Michael Nowicki, the tree was surrounded by a fence in the form of a note stand with a fragment of the score of the song "Blue city", creating a kind of a memorial to the composer. In 2007, the fourth square was named after Andrei Petrov. 2 Sep 2008 the Park was opened a sculptural composition "the First violin", dedicated to the composer's work. The opening ceremony was attended by the Governor V. I. Matvienko and the widow of composer N. E. Petrova.

and two identical sculpture "Violin-Sphinx" is a symbol of protection of musical heritage. Also in the shape of a violin performed a concert venue and even the Central paving of the square. On the music site of the square will be concerts under the open sky, be festivals and contests of musicians, dedicated to the birthday of Andrei Petrov.

In 2006, by decision of the Governor and government of St. Petersburg square on Kamennoostrovsky Prospekt, 30 was named after composer Andrei Petrov. In his time at the initiative of the leader of the movement "Green wave" of Mikhail Novitsky musicians, writers, artists planted in the Park trees, saving it from development. Andrei Pavlovich Petrov put then in the Park Rowan.
It is the place of citizens decided to associate with the name of the composer, thus perpetuating the memory of it. Was held a competition of projects of design of the Park. Preference was given to the project submitted by the JSC Production Association "Vozrozhdenie", which is headed by the Chairman of the Board of Directors of the company V. I. Bukato and CEO V. B. Batrakov.

The development project involved a group of sculptors and architects. Project author - architect A. Trumm. The project was developed with the participation of Studio Creative things sculptors A. Dobrovolsky, E., Lekus, T. Nikoghosyan. Active participation in the design of the Park took Control of the garden economy, headed by V. Vihareva, as well as Director of the company GOSPA "Central" I. N. Loginova and the Committee on improvement and road economy under the Government of St. Petersburg, headed by O. A. Virolaynen.
Active participation in the work also took Petrogradsky district Administration and personally the head of administration A. S. Delyukin. All materials related to the life and work of Andrei Pavlovich Petrov provided by the Fund of Andrey Petrov. 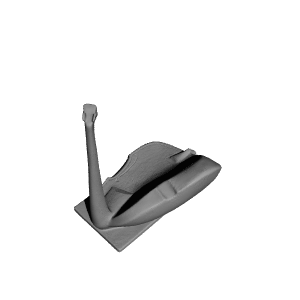 ×
0 collections where you can find Violin Swan at The Andrei Petrov Square, St Petersburg by Scan The World