3D
360°
Scan The World
1,491 views 77 downloads
1 collection
Community Prints Add your picture
Be the first to share a picture of this printed object
0 comments

This is a bronze cast portrait of Virginia Wade (1945), who started playing professional tennis in 1968 and won numerous singles titles including the Wimbledon Singles Title in 1977. She was the number one British female tennis player for over a decade and was ranked in the world top ten for thirteen consecuive years. Since retiring in 1986, Wade has provided TV tennis commentary and she was appointed an OBE in 1986.

David Wynne (1926-2014), the sculptor of this portrait, made a full-length sculpture of Wade playing tennis before sculpting this head. 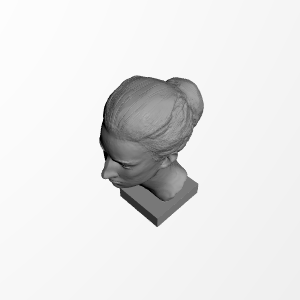