3D
Scan The World
7,636 views 250 downloads
Community Prints Add your picture
Be the first to share a picture of this printed object
0 comments

This bronze statue depicting Henry John Temple (Viscount Palmerston) stands on a granite pedestal in the north-west of the square. Palmerston served twice as prime minister throughout his life in the mid-19th Century. It was sculpted in 1859 by H. Young and stands on Parliament Square in London.

We printed ours with the settings below We scale up our model 2.6 times and printed with 'fine' settings Weight of Raw Model: 31 g Layer Height : 0.15 mm Infill Density : 25 % 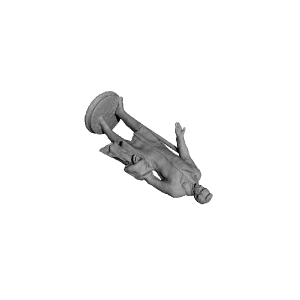 ×
0 collections where you can find Viscount Palmerston Statue at Parliament Square, London by Scan The World