3D
360°
Scan The World
1,851 views 125 downloads
2 collections
Community Prints Add your picture
Be the first to share a picture of this printed object
0 comments

Vishnu is the second god in the Hindu triumvirate (orTrimurti). The triumvirate consists of three gods who are responsible for the creation, upkeep and destruction of the world. The other two gods are Brahma and Shiva. Brahma is the creator of the universe and Shiva is the destroyer.

This work originates from Tamil Nadu, in South India, carved from granite in the 8th-9th Century. 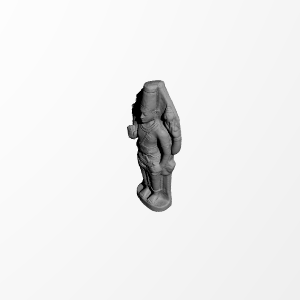 ×
2 collections where you can find Vishnu by Scan The World