Vishnu in the Form of the Man Lion Narasimha at The Art Institute of Chicago, Illinois

3D
Scan The World
3,478 views 166 downloads
2 collections
Community Prints Add your picture
Be the first to share a picture of this printed object
0 comments

Vishnu in the Form of the Man Lion Narasimha at The Art Institute of Chicago, Illinois

A certain evil demon could not be killed by man or beast, indoors or out, during the day or night. To defeat the demon, Vishnu took the form of a half man-half lion, hid in the pillar of a doorway, and attacked at dusk. Vishnu was victorious, and security and order were restored.

Here the demon is shown twice: bent across Vishnu's knee, being disemboweled; and under Vishnu's foot, being trampled. Along the base of the sculpture, more details of the story are shown. Just before Vishnu's attack, the demon had become enraged at his own son for paying homage to Vishnu. In spite of his father's threats, the boy insisted that Vishnu was present everywhere at all times. The demon angrily retorted, "Even here?" and kicked the pillar of a doorway. Vishnu, as the man-lion, sprang out and overcame him. 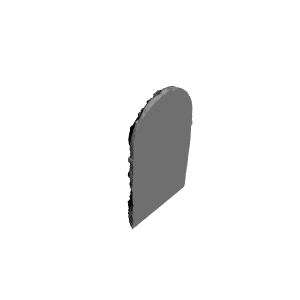 ×
2 collections where you can find Vishnu in the Form of the Man Lion Narasimha at The Art Institute of Chicago, Illinois by Scan The World