3D
360°
Featured Scan The World
2,384 views 139 downloads
4 collections
Community Prints Add your picture
Be the first to share a picture of this printed object
0 comments

In Hindu iconography, Vishnu is usually depicted as having a pale or dark blue complexion and having four arms. He holds a padma (lotus flower) in his lower left hand, Kaumodaki gada (mace) in his lower right hand, Panchajanya shankha (conch) in his upper left hand and the Sudarshana Chakra (discus) in his upper right hand. A traditional depiction is Vishnu reclining on the coils of the serpent Shesha, accompanied by his consort Lakshmi, as he “dreams the universe into reality”. 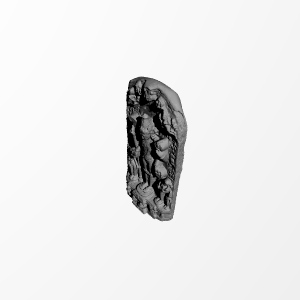 ×
4 collections where you can find Vishnu Lokesvara by geoffrey.marchal