3D
Scan The World
2,422 views 109 downloads
3 collections
Community Prints Add your picture
Be the first to share a picture of this printed object
0 comments

This Visnuite stele (monument) was discovered by Louis Delaporte in 1873 during his voyage in Preah Khan of Kompong Svay. 255 images of Vishnu with four arms appear on each of the faced, to the right of four small pediments show some of the principal forms of the god. The accumulation of the figures presents and emphasizes the cosmic and omnipresent character of divinity. 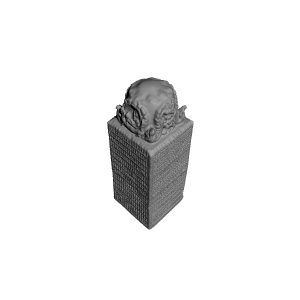 ×
3 collections where you can find Visnuite Monument at The Guimet Museum, Paris by Scan The World