3D
Scan The World
2,820 views 132 downloads
1 collection
Community Prints Add your picture
Be the first to share a picture of this printed object
0 comments

Vithoba, also known as Vi(t)thal(a) and Panduranga, is a Hindu god predominantly worshipped in the Indian states of Maharashtra, Karnataka, Goa, Telangana and Andhra Pradesh. He is generally considered a manifestation of the god Vishnu or his avatar, Krishna. Vithoba is often depicted as a dark young boy, standing arms akimbo on a brick, sometimes accompanied by his main consort Rakhumai. 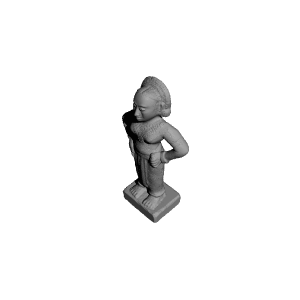 ×
1 collections where you can find Vitthal by Scan The World