3D
Scan The World
2,022 views 70 downloads
Community Prints Add your picture
Be the first to share a picture of this printed object
0 comments

Count Vittorio Alfieri (1749 –1803) was an Italian dramatist and poet, considered the "founder of Italian tragedy". It is to his dramas that Alfieri is chiefly indebted for the high reputation he has attained. Before his time the Italian language, so harmonious in the Sonnets of Petrarch and so energetic in the Commedia of Dante, had been invariably languid and prosaic in dramatic dialogue. The pedantic and inanimate tragedies of the 16th century were followed, during the Iron Age of Italian literature, by dramas of which extravagance in the sentiments and improbability in the action were the chief characteristics. The prodigious success of the Merope of Maffei, which appeared in the commencement of the 18th century, may be attributed more to a comparison with such productions than to intrinsic merit. In this degradation of tragic taste the appearance of the tragedies of Alfieri was perhaps the most important literary event that had occurred in Italy during the 18th century.

On these tragedies, it is difficult to pronounce a judgment, as the taste and system of the author underwent considerable change and modification in the intervals between the three periods of their publication. An excessive harshness of style, an asperity of sentiment and total want of poetical ornament are the characteristics of his first four tragedies, Filippo, Polinice, Antigone, and Virginia.  But whatever subject he chooses, his dramas are always formed on the Grecian model, and breathe a freedom and independence worthy of an Athenian poet. Indeed, his Agide and Bruto may rather be considered oratorical declamations and dialogues on liberty than tragedies. The unities of time and place are not so scrupulously observed in his as in the ancient dramas, but he has rigidly adhered to a unity of action and interest. He occupies his scene with one great action and one ruling passion, and removes from it every accessory — event or feeling. Whatever may be the merits or defects of Alfieri, he may be considered as the founder of a new school in the Italian drama. His country hailed him as her sole tragic poet; and his successors in the same path of literature have regarded his bold, austere and rapid manner as the genuine model of tragic composition.

Easy to print, there is no risk to brake any part of product while cleaning supports. Small amount of support. Enjoy your printing. 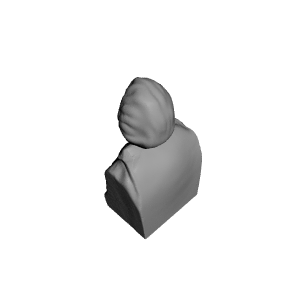 ×
0 collections where you can find Vittorio Alfieri at The Borghese Gardens, Rome by Scan The World