3D
4,354 views 170 downloads
Community Prints Add your picture
Be the first to share a picture of this printed object
0 comments

The Vongola Box Weapons are seven specially made Box Weapons for the Vongola Boss and the Six Guardians and were given to Tsuna and his Guardians after surviving through Melone Base. Unlike most Boxes, these are the same color as the respective Guardian's Flame Attribute and each has the crest of their master on their forehead. They also function not only as animals to aid their masters, but they can also transform into actual Weapons. These Weapons are called Cambio Forma and are based on the Weapons of the Vongola Primo and his own Six Guardians. After Tsuna defeated Byakuran, Irie said they couldn't take back the Vongola Box Weapons because they didn't exist in the past. So, with Verde's help, they were made into Vongola Box Rings. 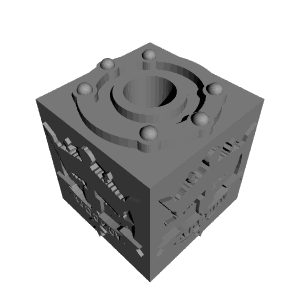 ×
0 collections where you can find Vongola Box by IzzyMel