This is a stele with a votive inscription saying:

The date refers to the year of the reign of a Roman emperor, who is, however, not mentioned in the text.

The stele was discovered in Lapithos 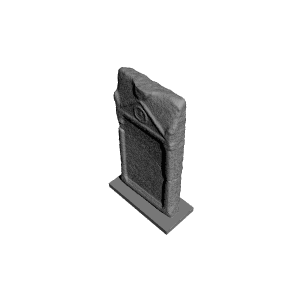