3D
Scan The World
1,165 views 33 downloads
Community Prints Add your picture
Be the first to share a picture of this printed object
0 comments

This type of votive relief, made in great numbers during the fourth century BC, reflects the popularity of certain cults at the end of the Classical period. At this time, the cult of Asklepios was very widespread: temples south of the Acropolis in Athens - particularly at Epidauros and Cos - were built on a truly monumental scale, and hung with large numbers of offerings (reliefs such as this and, often, ex-votos in the shape of body parts healed thanks to the god's intervention.) 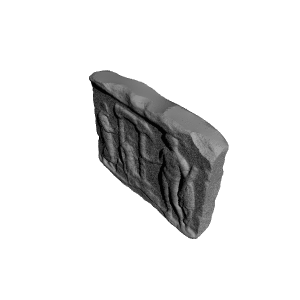