3D
Scan The World
1,225 views 51 downloads
Community Prints Add your picture
Be the first to share a picture of this printed object
0 comments

The relief has the form of a naiskos. The youth in the middle has been identified with Polydeukion, the favourite pupil of Herodes Attieus, who was heroised by his master after he died in his teens. The youth's nudity, the horse, and the snake that he is feeding characterise his as a hero. A young slave holds out his helmet. Behind the slave is depicted a grave-mark, a loutrophoros on a pedestal. 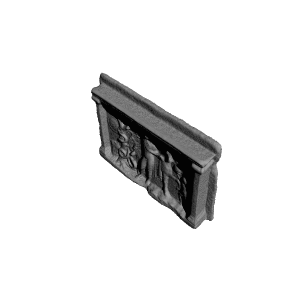 ×
0 collections where you can find Votive (?) relief by Scan The World