Votive relief in the shape of a cave

3D
Scan The World
1,085 views 34 downloads
Community Prints Add your picture
Be the first to share a picture of this printed object
0 comments

Votive relief in the shape of a cave

This relief was found in a cave at Vari, Attica.

Three Nymphs are depicted inside a cave. On the left, on the mouth of the cave, Pan holds a lagobolon. On the right is a hunting scene. The personified river Acheloos is depicted on the bottom left. The dedicator is named in the inscription beneath the representation. 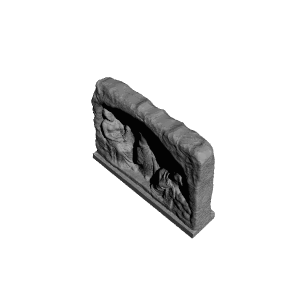