3D
Scan The World
2,557 views 150 downloads
Community Prints Add your picture
Be the first to share a picture of this printed object
0 comments

This relief shows the scene of tauroctony, a bull being killed by Mithras as part of a ritual. Mithraism, also known as the Mithraic mysteries, was a mystery religion centered around the god Mithras and was practised in the Roman Empire from about the 1st to the 4th century AD. The tauroctony is the most usual depictions of the god, and shows him killing a bull in exactly the same way every time, stepping on the animal's back foot and kneeling on it with the other leg, looking over his shoulder as he's doing so. 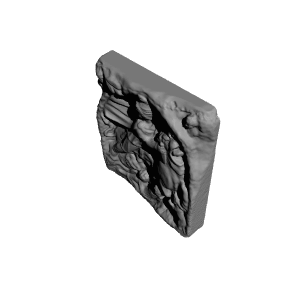