3D
Scan The World
1,039 views 36 downloads
Community Prints Add your picture
Be the first to share a picture of this printed object
0 comments

Aurelius Ambrosius (Italian: Sant'Ambrogio), better known in English as Saint Ambrose (c. 340 – 4 April 397), was a bishop of Milan who became one of the most influential ecclesiastical figures of the 4th century. He was the Roman governor of Liguria and Emilia, headquartered in Milan, before being made bishop of Milan by popular acclamation in 374. Ambrose was a staunch opponent of Arianism, and has been accused of fostering persecutions of Arians, Jews, and pagans. 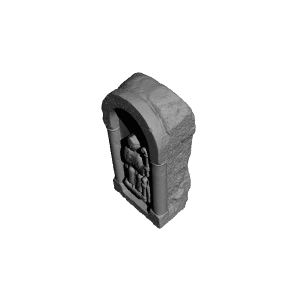