3D
Scan The World
3,521 views 311 downloads
4 collections
Community Prints Add your picture
Be the first to share a picture of this printed object
0 comments

Neptune was the god of freshwater and the sea in Roman religion. He is the counterpart of the Greek god Poseidon. In the Greek-influenced tradition, Neptune was the brother of Jupiter and Pluto; the brothers presided over the realms of Heaven, the earthly world, and the Underworld. Salacia was his consort.

Gabriël Grupello (also Gabriël de Grupello or Gabriël Reppeli; 22 May 1644 – 20 June 1730) was a Flemish Baroque sculptor who produced religious and mythological sculptures, portraits and public sculptures. He was a virtuoso sculptor who enjoyed the patronage of several European rulers. 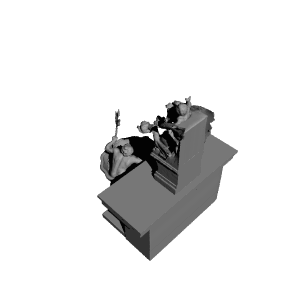