This monument is located in the playground of the fifth public elementary school of Agrinio, Greece. 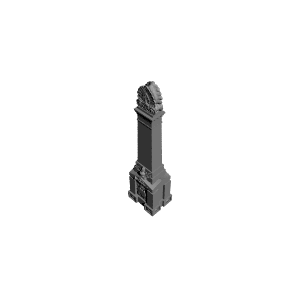