3D
8,383 views 913 downloads
7 collections
Community Prints Add your picture
Be the first to share a picture of this printed object
0 comments

Wario is a character in Nintendo's Mario series who was designed as an antagonist to Mario. He first appeared in the 1992 Game Boy title Super Mario Land 2: 6 Golden Coins as the main antagonist and final boss. Originally portrayed as an exaggerated version of Mario, his name is a combination of Mario's name and the Japanese word warui, meaning "bad". Wario was first designed by Hiroji Kiyotake, and is voiced by Charles Martinet, who also voices many other characters in the series. Since his debut, Wario has become the protagonist and antihero of the Wario Land and WarioWare series, spanning handheld and console markets. In addition to appearances in spin-offs in the Mario series, he appears in cameos for Kirby Super Star Ultra, Densetsu no Stafy 3 and Pilotwings 64. He has also been featured in other media such as the Super Mario Adventures graphic novel. The character has received a largely positive critical reception and has emerged as a well-established mascot for Nintendo. 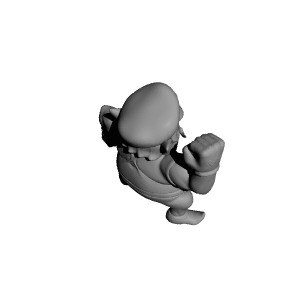 ×
7 collections where you can find Wario by nDusk