3D
4,659 views 208 downloads
Community Prints Add your picture
Be the first to share a picture of this printed object
0 comments

The Washington Nationals are a professional baseball team based in Washington, D.C. The Nationals are a member of the East division of the National League (NL) of Major League Baseball (MLB). From 2005 to 2007 the team played in RFK Stadium; since 2008 their home stadium has been Nationals Park, located on South Capitol Street in Southeast D.C., near the Anacostia River.

The Nationals' name derives from the former Washington baseball team that had the same name (used interchangeably with Senators). Their nickname is "the Nats"—a shortened version that was also used by the old D.C. teams.

Printed at 0.2MM Resoltution with 10% Infill. This took 37 Minutes. 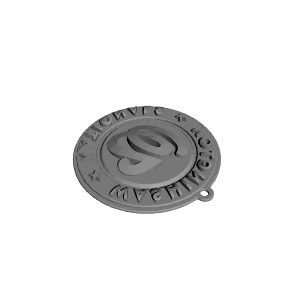