3D
3,443 views 65 downloads
Community Prints Add your picture
Be the first to share a picture of this printed object
0 comments

The unofficial nickname of Washington State is "The Evergreen State."  It was nicknamed as such by pioneer C.T. Conover, a Seattle realtor and historian, for its abundant evergreen forests although this name has never been officially adopted by the Washington State legislature.  It became the 42nd state to join the Union on 11 November 1889.  This state's economic asset is valued by Washingtonians for its contribution to the local economy and the region's ecosystem.  The western hemlock is Washington's official state tree. 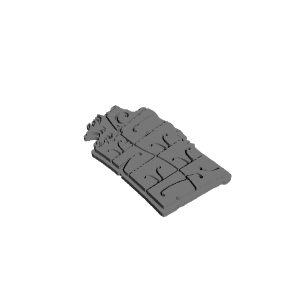