3D
360°
2,779 views 72 downloads
Community Prints Add your picture
Be the first to share a picture of this printed object
0 comments

The Water Totem is a mystical object that allows the user to harness the power of water. It was once owned by Kuasa. It is one of a total of six mystical Zambesi totems created by Anansi presented to the great tribes.[1] It was destroyed but when Kuasa was resurrected, her being was merged with the totem, giving her access to its powers independently. Harnessing the power of Mallus, Nora Darhk managed to remove the Water Totem from Kuasa's body, killing the latter in the process. Once the Legends defeated Mallus, the Water Totem was given to Kuasa from the new timeline to protect. 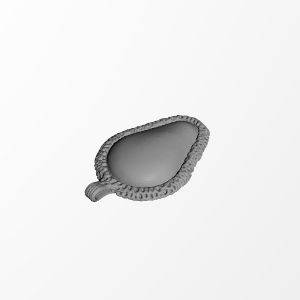