3D
Scan The World
3,366 views 90 downloads
1 collection
Community Prints Add your picture
Be the first to share a picture of this printed object
0 comments

The Chicago Water Tower is a contributing property in the Old Chicago Water Tower District landmark district. It is located at 806 North Michigan Avenue along the Magnificent Mile shopping district in the Near North Sidecommunity area of Chicago, Illinois in a small park, the Jane M. Byrne Plaza. The tower was constructed to house a large water pump, intended to draw water from Lake Michigan; it now serves as a Chicago Office of Tourism art gallery. The Chicago Water Tower is the second-oldest water tower in the United States, after the Louisville Water Tower in Louisville, Kentucky.The tower, built in 1869 by architect William W. Boyington from yellowing Joliet limestone, is 154 feet (47 m) tall. Inside was a 138 foot (42 m) high standpipe to hold water. In addition to being used for firefighting, the pressure in the pipe could be regulated to control water surges in the area. Together with the adjacent Chicago Avenue Pumping Station, it drew clean water from water cribs in Lake Michigan.

The tower gained prominence after the Great Chicago Fire of 1871. While some incorrectly believe that the tower was the only building to survive the fire, a few other buildings in the burned district survived along with the tower. The tower was the only public building in the burned zone to survive, and is one of just a few of the surviving structures still standing. In the years since the fire, the tower has become a symbol of old Chicago and of the city's recovery from the fire. In 1918, when Pine Street was widened, the plans were altered in order to give the Water Tower a featured location. The tower has undergone two renovations. The first took place during a three-year period, 1913–1916. At that time many of the limestone blocks were replaced. The second renovation occurred in 1978. This renovation consisted mostly of interior changes with only minor changes made to the exterior of the building. In 2014, the small park the tower is sited in was named for former Chicago mayor Jane Byrne. The structure has not been universally admired. Oscar Wilde said it looked like "a castellated monstrosity with pepper boxes stuck all over it," although he did admire the arrangement and movement of the pumping machinery inside. The Water Tower's castle-like style inspired the design of many White Castle restaurant buildings. The Tower was named an American Water Landmark in 1969. In 2004, the tower was featured in the finale of The Amazing Race 6. 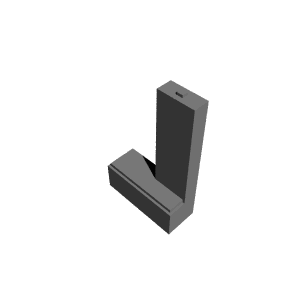 ×
1 collections where you can find Water Tower Place in Chicago, Illinois by jkurstin22