3D
Scan The World
1,839 views 70 downloads
1 collection
Community Prints Add your picture
Be the first to share a picture of this printed object
0 comments

This limestone sculpture was one of many influenced by the so-called Severe Style of Classical Greek art from 475-450 BC on Cyprus. Statues such as the Classical bronze 'Chatsworth Head' provided models for local artists. The Greek speaking city of Idalion where this sculpture was found was conquered by its Proerican neighbour Krition around this time. 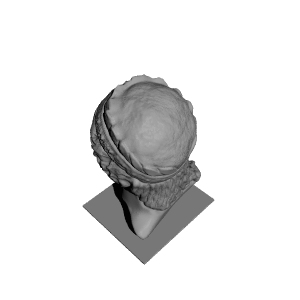