3D
Scan The World
5,586 views 244 downloads
Community Prints Add your picture
Be the first to share a picture of this printed object
0 comments

Field Marshal Arthur Wellesley, 1st Duke of Wellington, KG, GCB, GCH, PC, FRS (1 May 1769 – 14 September 1852), was a British soldier and statesman, a native of Ireland from the Anglo-Irish Ascendancy, and one of the leading military and political figures of the 19th century. His importance in national history is such that he is often referred to as "the Duke of Wellington" instead of "the 1st Duke of Wellington" (overshadowing the heirs to his dukedom including the current duke)

Wellesley was commissioned as an ensign in the British Army in 1787. Serving in Ireland as aide-de-camp to two successive Lords Lieutenant of Ireland he was also elected as a Member of Parliament in the Irish House of Commons. A colonel by 1796, Wellesley saw action in theNetherlands and in India, where he fought in the Fourth Anglo-Mysore War at the Battle of Seringapatam. He was appointed governor of Seringapatam and Mysore in 1799 and as a newly appointed major-general won a decisive victory over the Maratha Confederacy at theBattle of Assaye in 1803.

Wellesley rose to prominence as a general during the Peninsular campaign of the Napoleonic Wars, and was promoted to the rank of field marshal after leading the allied forces to victory against the French at the Battle of Vitoria in 1813. Following Napoleon's exile in 1814, he served as the ambassador to France and was granted a dukedom. During the Hundred Days in 1815, he commanded the allied army which, together with a Prussian army under Blücher, defeated Napoleon at the Battle of Waterloo. Wellesley's battle record is exemplary, ultimately participating in some 60 battles during the course of his military career.

Wellesley is famous for his adaptive defensive style of warfare, resulting in several victories against a numerically superior force while minimising his own losses. He is regarded as one of the greatest defensive commanders of all time, and many of his tactics and battle plans are still studied in military academies around the world. Regarded as one of Britain's most significant military figures, in 2002, he was placed at number 15 in the BBC's poll of the 100 Greatest Britons.

He was twice British prime minister under the Tory party: from 1828–30 and for a little less than a month in 1834. He oversaw the passage of the Catholic Relief Act 1829, but opposed the Reform Act 1832. He continued as one of the leading figures in the House of Lords until his retirement and remained Commander-in-Chief of the British Army until his death.

This bronze sculpture can be found outside the Norwich Cathedral in Norwich (UK). 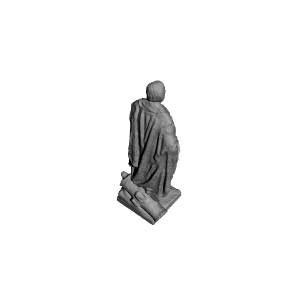 ×
0 collections where you can find Wellington at Norwich Cathedral, Norwich by Scan The World