3D
Scan The World
4,301 views 189 downloads
Community Prints Add your picture
Be the first to share a picture of this printed object
0 comments

"Mill was educated at Czech and German schools. 1876 ​​Opened mill a nursery operation in Temesvar district Erzsébetváros (German  Elisabeth City), and acquired a shop in today's Strada Alba Iulia, theCasa cu Flori (German The House of Flowers). From there he drove successfully flowers andornamental plants in Southeastern Europe, partly as far as Vienna or Budapest. Mill was from September 1893 to July 1895, the editor of the then bimonthly "Rose Zeitung", the German edition of the Hungarian magazine Rose Rózsa Újság (1889-1896).

The Wiener Illustrierte Garden newspaper published in the August-September issue of 1899 a report on Wilhelm mills botanical study trip to North and South America.  In the Austrian Gartenzeitung Wilhelm mill in 1906 mentioned in the breeding of a tea rose. Wilhelm mill was next to Wenceslas Franz Niemitz one of the leading florists of the city; both were in the planning and execution of the Royal Rose Garden entrusted, which was inaugurated on July 19, 1891, predecessor of today Parcul Rozelor was. Through his work he made ​​Temesvár already early 20th century as the city of roses known. William's son, Arpad mill, carried on the business of his father after his death. 13 he created new varieties of roses were registered at international level.  With Arpad, the park developed in the interwar period,the largest rose garden in South Eastern Europe with more than 1,400 varieties of roses from Europe,  America and Asia." 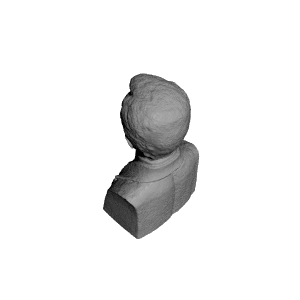 ×
0 collections where you can find Wilhelm Muhle in Timisoara, Romania by apllana