3D
Scan The World
2,589 views 119 downloads
Community Prints Add your picture
Be the first to share a picture of this printed object
0 comments

"Thanatopsis" is Bryant's most famous poem, which Bryant may have been working on as early as 1811. In 1817 his father took some pages of verse from his son's desk, and at the invitation of Willard Phillips, an editor of the North American Review who had previously been tutored in the classics by Dr. Bryant, he submitted them along with his own work. 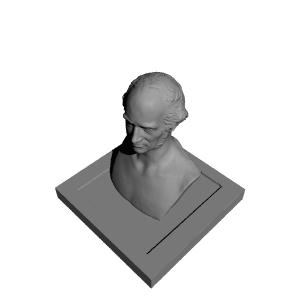 ×
0 collections where you can find William Cullen Bryant by 3DLirious