William Pitt The Elder at The National Portrait Gallery, London

3D
Scan The World
3,446 views 103 downloads
Community Prints Add your picture
Be the first to share a picture of this printed object
0 comments

William Pitt The Elder at The National Portrait Gallery, London

William Pitt the Elder was the 1st Earl of Chatham from 1708-78. He was a Statesman and the Prime Minister. Forced by opinion on George II to save the nation in 1756, Pitt led the House of Commons and organised the victories of 1759 ove rFrance which consolidated British sea power and brought territorial gains in India and Canada. In 1761 he resigned. He returned to office as Prime Minister in 1766, accepting an earldom, only to fall ill and retire. Although suffering from manic-depression, Pitt left his sick bed in 1778 to plead for a tolerant attitude to the British colonists in america. He was the father of William Pitt the younger. It was sculpted from marble by Joseph Wilton (1722-1803), signed c.1766. 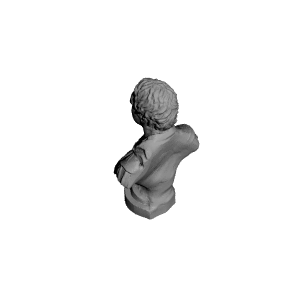 ×
0 collections where you can find William Pitt The Elder at The National Portrait Gallery, London by Scan The World