William Pitt the Elder at The Scottish National Gallery, Scotland

3D
Scan The World
3,194 views 70 downloads
1 collection
Community Prints Add your picture
Be the first to share a picture of this printed object
0 comments

William Pitt the Elder at The Scottish National Gallery, Scotland

A brilliant parliamentary orator and prominent Whig statesman during the Seven Years War (1754-63), Pitt was also the father of Britain's youngest ever Prime Minister, William Pitt the Younger (1759-1806). Wilton, who was London-based from 1755, was appointed sculptor to George III in 1761 and became a founder-member of the Royal Academy in 1768. The style of this bust reflects Wilton's immersion in the study and commercial copying of antique sculpture. 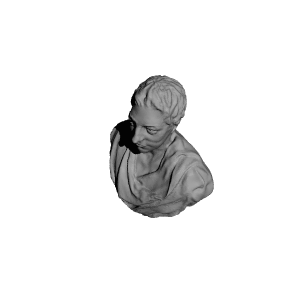 ×
1 collections where you can find William Pitt the Elder at The Scottish National Gallery, Scotland by Scan The World