William Pitt The Younger at The Castle Museum, Norwich

3D
Scan The World
3,417 views 86 downloads
1 collection
Community Prints Add your picture
Be the first to share a picture of this printed object
0 comments

William Pitt The Younger at The Castle Museum, Norwich

William Pitt the Younger (28 May 1759 – 23 January 1806) was a British politician of the late 18th and early 19th centuries. He became the youngest Prime Minister in 1783 at the age of 24. He left office in 1801, but was Prime Minister again from 1804 until his death in 1806. He was also the Chancellor of the Exchequer throughout his premiership. He is known as "the Younger" to distinguish him from his father, William Pitt the Elder, who had previously served as Prime Minister.

The younger Pitt's prime ministerial tenure, which came during the reign of George III, was dominated by major events in Europe, including theFrench Revolution and the Napoleonic Wars. Pitt, although often referred to as a Tory, or "new Tory", called himself an "independentWhig" and was generally opposed to the development of a strict partisan political system.

He is best known for leading Britain in the great wars against France andNapoleon. Pitt was an outstanding administrator who worked for efficiency and reform, bringing in a new generation of outstanding administrators. He raised taxes to pay for the great war against France and cracked down on radicalism. To meet the threat of Irish support for France, he engineered the Acts of Union 1800 and tried (but failed) to get Catholic Emancipation as part of the Union. Pitt created the "new Toryism", which revived the Tory Party and enabled it to stay in power for the next quarter-century. 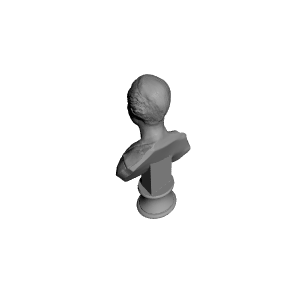 ×
1 collections where you can find William Pitt The Younger at The Castle Museum, Norwich by Scan The World