3D
Scan The World
3,430 views 113 downloads
Community Prints Add your picture
Be the first to share a picture of this printed object
0 comments

This bust represents William Stuart, Archbishop of Armagh and is made by Francis Legatt Chantrey in 1828 in England.

The bust is a good example of Chantrey's variant of the classicising formula. The drapery is arranged in straight falling folds, and so gives a hint of a contemporary cloak. The bare throat remains true to classical conventions. 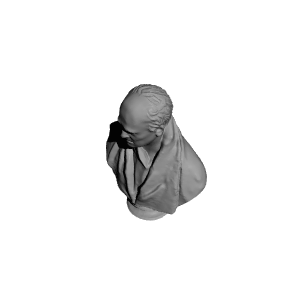 ×
0 collections where you can find William Stuart by vam