3D
Scan The World
2,555 views 128 downloads
1 collection
Community Prints Add your picture
Be the first to share a picture of this printed object
0 comments

Winfield Scott(1786 – 1866) was a United States Army general and unsuccessful presidential candidate of the Whig Party in 1852.

Known as "Old Fuss and Feathers" and the "Grand Old Man of the Army", he served on active duty as a general longer than any other person in American history, is rated as one of the most senior commissioned officers of all time, and many historians rate him as the best American commander of his time. 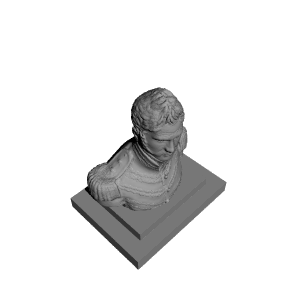 ×
1 collections where you can find Winfield Scott by 3DLirious