This group formed part of a series of 24 figures commissioned by Colbert in 1674 and which was originally intended to adorn the Water Parterre. The Seasons in Versailles are represented by figures of men and women bearing attributes that identify them: Winter, the last season of the year, is depicted as an old man. He is cold and tries to warm himself at a brazier from which flames escape. Winter symbolises the end of human life and Girardon has personified it in this pathetic figure of an old man frozen and lost in thought, close to death. 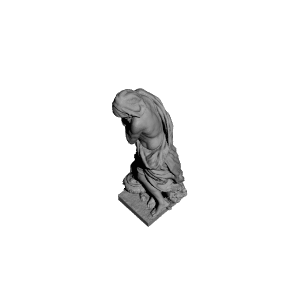 ×
1 collections where you can find Winter at The Palace of Versailles, France by Scan The World
×
Creative Journeys
@Creative Journeys
1
Printed on: Tevo Tarantula
Material: PLA
Posted at: 26th May 2022