3D
Featured
17,505 views 995 downloads
12 collections
Community Prints Add your picture
Be the first to share a picture of this printed object
0 comments

Wolverine is a fictional superhero appearing in American comic books published by Marvel Comics, commonly in association with the X-Men. Born James Howlett and commonly known as Logan, Wolverine is a mutant who possesses animal-keen senses, enhanced physical capabilities, and a healing factor. He has been depicted variously as a member of the X-Men, Alpha Flight, and the Avengers. 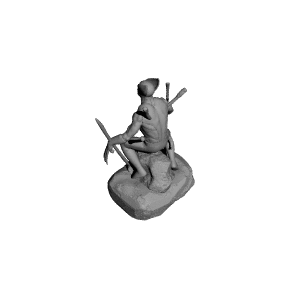 ×
12 collections where you can find Wolverine by Funambulist