3D
Scan The World
2,065 views 76 downloads
Community Prints Add your picture
Be the first to share a picture of this printed object
0 comments

Young woman holding in her left hand a mask of comedy. This figurine, probably dating from the 19th century BCE, as the representations of the Muse Thalia who also holds a mask. The new comedy, comedy of manners, presents a plot centered on an impossible love. 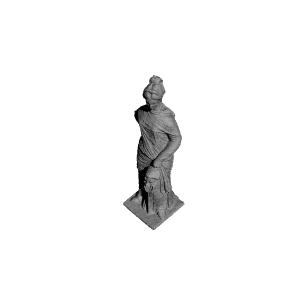 ×
0 collections where you can find Woman holding a comedy mask by geoffrey.marchal