3D
20,654 views 2,503 downloads
19 collections
Community Prints Add your picture
Be the first to share a picture of this printed object
0 comments

Wonder Woman is a fictional superhero appearing in American comic books published by DC Comics. The character is a warrior princess of the Amazons, based on the Amazons of Greek mythology and is known in her homeland as Princess Diana of Themyscira. When outside her homeland, she is sometimes known by the secret identity Diana Prince. She is gifted with a wide range of superhuman powers and superior combat and battle skills. She possesses an arsenal of weapons, including the Lasso of Truth, a pair of indestructible bracelets, a tiara which serves as a projectile, and, in some stories, an invisible airplane, Mental Radio, and Purple Ray that could heal otherwise lethal injuries. 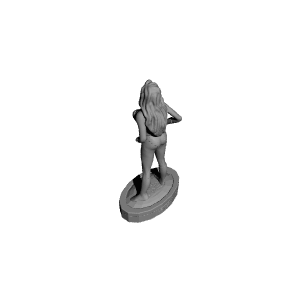 ×
19 collections where you can find Wonder Woman by Funambulist